Top 10 Celebrities who wore sabyasachi’s lehenga at their wedding 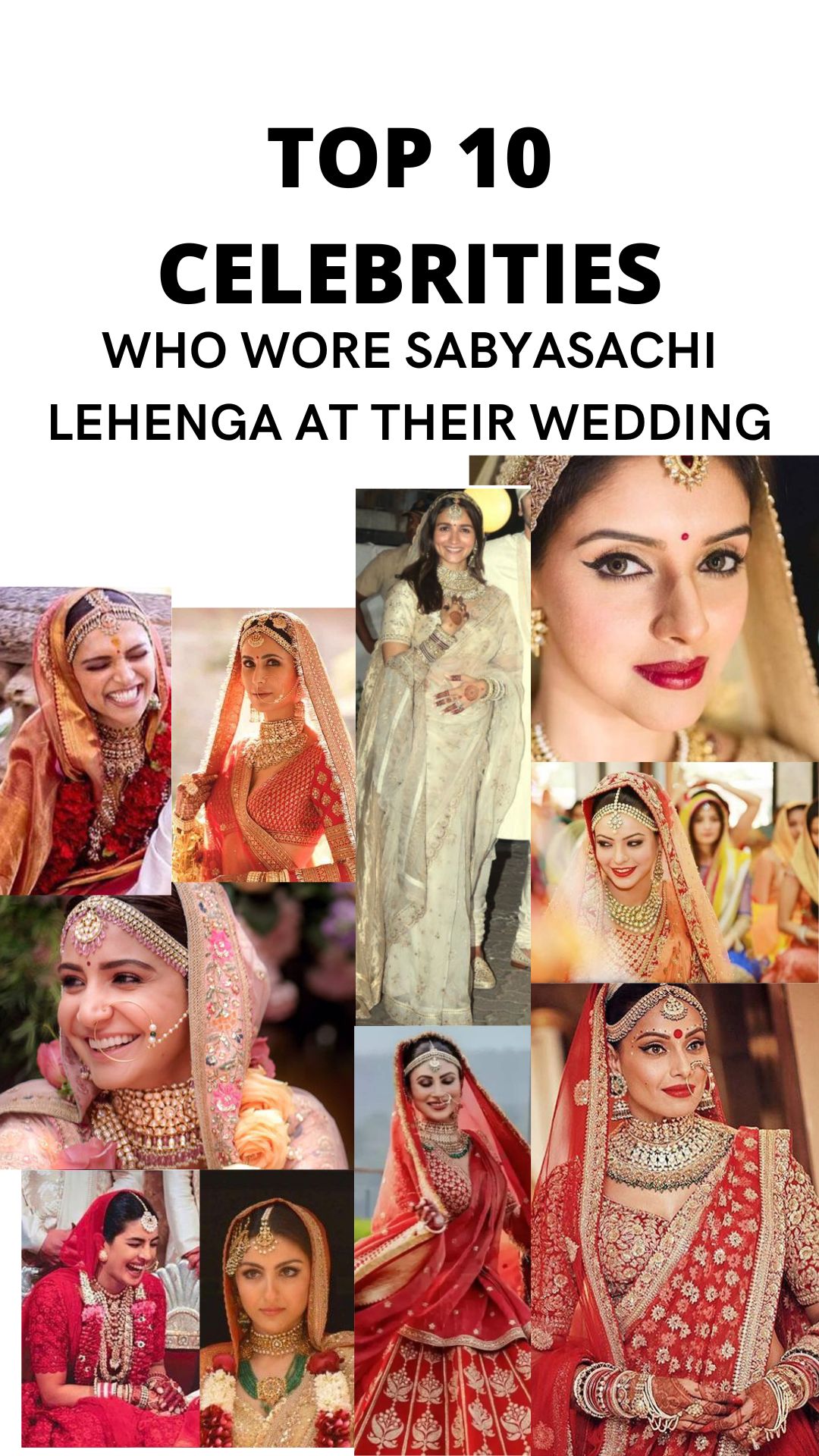 From Katrina Kaif to Alia Bhatt, Here are the Top 10 celebrities who wore Sabyasachi’s lehenga at their wedding.

Sabyasachi created some brides stunning ever, and thanks to the Bollywood celebrities that asked him to design their marriage attire. Sabyasachi, a renowned designer from Kolkata is the only designer who is the most demanding designer nowadays among our celebrity brides. he is capable of accepting traditions and transforming them into lovely designs. he makes sure all of his brides look their best.

See the Top 10 celebrities who have been wed in a lehenga designed by Sabyasachi thus far. 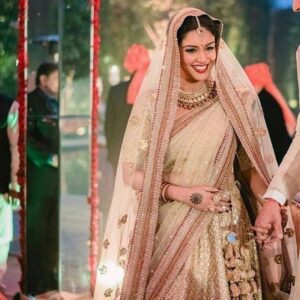 This south Indian beauty got married in 2016 to Rahul Sharma. Asin looks amazingly beautiful in Sabyasachi’s wedding attire. she wore a champagne gold lehenga with a gold border with an elaborate zardozi border and a long dupatta. 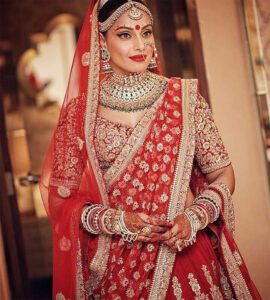 Bipasha Basu married in Bengali style in 2016. Her husband is a tv actor Karan Singh Grover. Bipasha wanted her attire purely traditional so she picked the traditional red color. Bipasha was looking great in a red lehenga with heavy floral golden embroidery teamed up with red organza dupatta with a wide border. 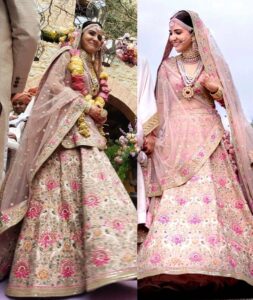 Bollywood actress Anushka Sharma’s wedding was a dreamy affair. She got married in Tuscany in 2017 to Indian cricketer Virat Kohli. She wore a peach-colored lehenga with floral motifs paired with a sheer organza dupatta. 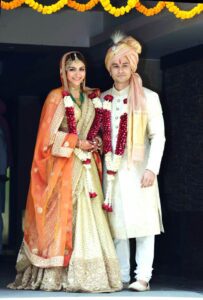 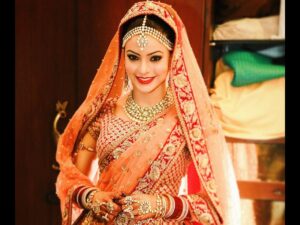 Aamna Sharif married Amit Kapoor on December 27, 2013. Aamna’s wedding was a starry affair. She chose a peach and red lehenga with heavy golden embroidery on the lehenga and a wide border on the dupatta.

Mouni Roy tied the knot to her longtime boyfriend Suraj Nambiar in goa. The marriage was held in January 2022. Mouni chose a Red lehenga with floral motifs and a statement border similar to Deepika Padukone, written Sada saubhagyayawati bhava on the dupatta. 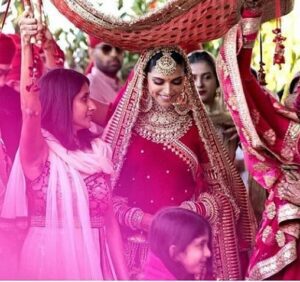 In 2018 Deepika Padukone and Ranveer Singh’s wedding was held in lake Como, Italy. Deepika was looking extremely beautiful in a red lehenga with a heavy golden border and tiny golden polka dots all over the lehenga. In the dupatta, identical motifs of dancing peacocks look beautiful also written sada saubhagyawati bhava is on the dupatta. 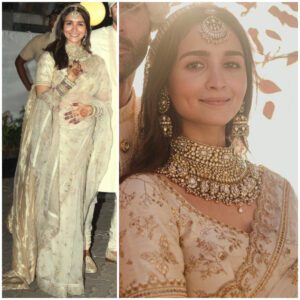 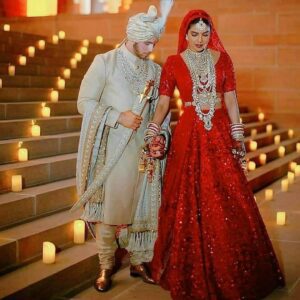 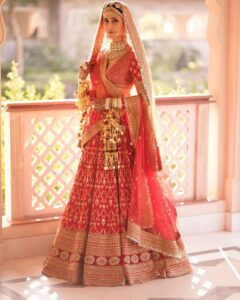 These fortunate top 10 celebrities were able to realize the goal that every woman has to become a Sabyasachi bride. On the most significant day of their life, they looked stunning wearing authentic Sabyasachi outfits.